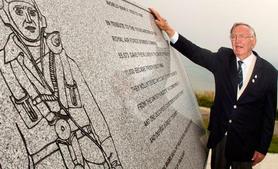 Standing proud on Beachy Head is a 7 ton Memorial paying tribute to those brave airman who flew during WWII under Bomber Command. The memorial is in a very significant place on Beachy Head. It was the flight path for the Lancaster Bombers and for many airman it was their last sight of England 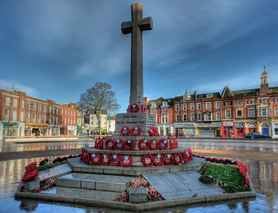 Exmouth's Strand Garden War Memorial is located in the heart of Exmouth. The work we did on the War memorial was the additional panels which sit around﻿ ﻿the Memorial displaying the﻿ names of those who died in combat from WW1 all the way through to the Afghanistan 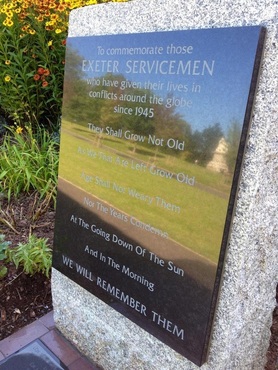 We were commissioned by Exeter City Council to produce a Memorial to commemorate those who have lost there lives during conflicts since WW1. Situated in the beautiful gardens in the centre of Exeter.

We produced the black granite plaque that is sited in the centre of a large granite stone, which stands proudly at the National Memorial Arboretum. 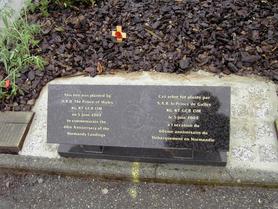